The woods of French province of Gevaudan are terrorized by mysterious creature that attacks people, kills or wounds them. The ones that were lucky enough to survive the attack tell the stories of wolf-like creature, but with huge teeth and unusual fur. The legend of Beast of Gevaudan grew with each attack and each victim. The king sends the the royal taxidermist Gregoire de Fronsac to investigate the legend.

Spectacular French blockbuster telling the fictionalized account of real events in 18th century Gevaudan. Interesting plot told in absorbing way with quite good special effects. Definately not to be missed!

Watch Brotherhood of the Wolf 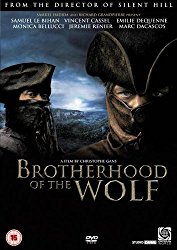 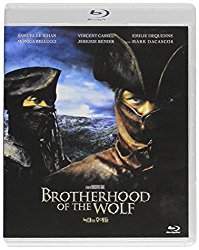 Creators of Brotherhood of the Wolf


Cast of Brotherhood of the Wolf