Just seconds before launch of mission to Mars astronauts are taken out of the Capricorn One and moved to a secret location. Their mission officially will take place, but in reality their landing on Mars will be televised from studio.

This film expresses the conspiracy theories that were surrounding the first landing on the Moon - many people were wondering how it was possible to put Americans on the Moon when fey years earlier their technology wasn’t good enough to launch simple rockets without failures. The conspiracy theory describing the whole thing as a hoax and staged scenes from the landing wasn’t supported by evidence, but the whole story sounded plausible. 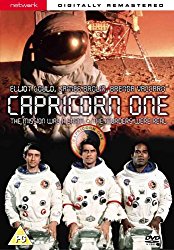 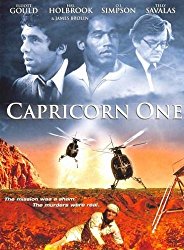 Creators of Capricorn One


Cast of Capricorn One