When a body of unknown man is found within the walls of the monastery police begin the investigation, but soon Commissioner Niemans will find that the monks are not very cooperative. What is more Niemans has to team up with Detective Reda, who is running his own mysterious investigation in the same area. Rada is chasing enigmatic characters dressed like monks that seem to have supernatural skills and know well the underground tunnels of nearby Maginot Line. The two policemen has to break the wall of silence that is surrounding the monastery.

Sequel to 2000 film The Crimson Rivers is kept in similiar style of narration and the mood, but unfortunately is far from the original when it comes to realism and mystery elements. Just like most of the sequels it is almost the same, but the most important bit is missing - the originality. 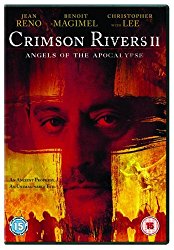 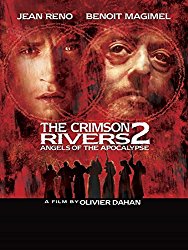 Creators of Crimson Rivers 2: Angels of the Apocalypse


Cast of Crimson Rivers 2: Angels of the Apocalypse