Laura returns to a place, where she spent her childhood - an old orphanage near the ocean. Now closed the building is large and full of old fashioned style. Together with her husband Carlos and their adopted 7-year-old son Simon they move in to adapt the building to be open again, this time to help disabled children. Simon quickly adapts to new place, and claims he already found a friend here - young boy called Tomas. Laura is convinced that Tomas is another of Simon’s imaginary friends, but this time is different - Simon draws pictures of the boy, on which he always wears a mask made out of sack. isit from social worker Benigna disturbs the family - they learn that adoption papers clearly state that Simon is HIV positive. Later Laura and Carlos organize a party to meet the parents and the disabled children, during which Laura worried about the tales describing Tomas argues with Simon, who hides away from her. While looking for him in a large house she sees a boy in mask made of sack. She assumes it is Simon trying to convince her that Tomas is real, but the boy pushes her into bathroom and locks her. When Laura is let out of the room she learns that Simon is nowhere to be found. Six months later Simon is still missing. During a trip to nearby city Laura sees Benigna, the social worker, who visited her, and is a witness to accident - truck hits Benigna and kills her on the spot. While looking into past of Benigna Laura learns that she used to work in the orphanage and she had a son called Tomas...

Spanish mystery movie on a verge of being horror movie - mother desperately looking for a missing child, who disappeared in the old orphanage. We have here everything that made Spanish cinema such success in horror and mystery movies - original narration, original style and surprising plot. A movie really worth to know. 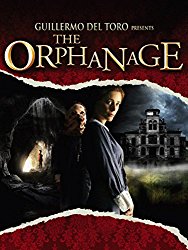 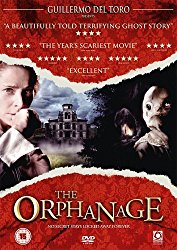 Creators of The Orphanage


Cast of The Orphanage