Agent Harry Palmer is sent to Berlin, still torn between East and West during Cold War, to take care of Russian officer, who wants to defect from Soviet Union. But this time it isn’t just any officer, it’s Colonel Stok of KGB responsible for the Berlin Wall security. Palmer is sceptic and doesn’t trust the Russian, but nevertheless he makes the preparations for the escape. Stok is ready, but makes a request that his escape is taken care by real professional that he knows by reputation - Kreutzman. Still unsure what to make of all of this Palmer arranges the meeting with Kreutzman, who prepares to smuggle Stok out of East Berlin in coffin pretending that it is funeral and everything goes according to plan... until they open the coffin.

Classic spy movie that shows the world of paranoia and deception in the Cold War duels between the spy networks. In that world no one is who he says he is and nothing is what it seems to be. Character of Harry Palmer was created as counterpoise for James Bond - instead of fairy tales and fancy gadgets what we get here is really down to earth look at the spying game. 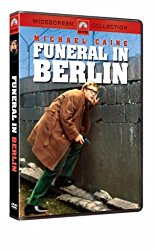 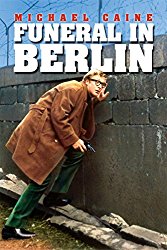 Creators of Funeral in Berlin


Cast of Funeral in Berlin