Jerome Martinaud, a wealthy, influential lawyer is suspect in child murder case - he was present near the first crime scene and he found the body of second victim. The police inspector Gallien asks him to come down to the station and answer some more questions. Martinaud is reluctant, especially since it is New Year’s Eve, but again he starts to answer the same question he was asked several times before. Soon the polite conversation changes into thorough interrogation and with each minute Martinaud is losing ground.

Movie based on the John Wainwright novel "Brainwash" (just like later American version) and is tensed character drama between investigators and their prime suspect. Contrary to American version this is kept in much more claustrophobic style and has the more powerful ending. 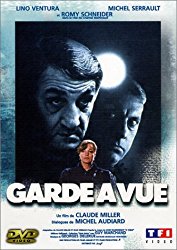