A woman wakes up lying in the creek somewhere in the forest with wounds to her head. She can’t remember anything - her name, where she is and why. She walks to a nearest village, where she learns that she is in France. She speaks fluent French, although the people she meets say that she has a strange accent. She finds a large amount of money on her and bits of memory begin to pop up, but she can’t work it all out. While on the bus some transvestite recognizes her, but before she could ask him where from he vanishes. Soon she hears some familiar music and learns that the author is Danish musician who... she believes is her husband.

Mystery movie that begins with someone with amnesia isn’t something unprecedented, but usually they are fun to watch and discover how bits of memories put together the whole story. In ID:A we have young woman trying to find where did she got the money from and why was she wounded and abandonded in the woods. And partly it worked - we have intriguing mystery surrounding her past, we have surprising twists in the story, but overall it is only average movie - it is fine to kill some time, but there is something missing, perhaps the atmosphere or interesting characters. 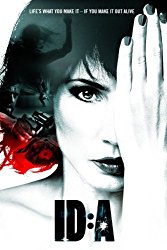 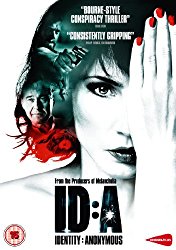