In February 1959 nine students set out into the Ural Mountains, but during the night something happened to them, something that scared them to death and their mutilated body were found days later. It seemed that for some reason they escaped from their tent and almost without clothes on, in the middle of the winter, they ran into the woods. To this day it is still unclear what exactly made them do it. Some of them ended up with broken bones, cracked skulls or just frozen to death. Our protagonist starts his journey into Dyatlov Pass (named after the dead leader of the group, Igor Dyatlov) on small railway station, probably the same that was the last stop of the 9 students. From that point he (or rather we) sink into the world full of mystery, foggy caves, winter storms and things that usually don’t happen to people...

Polish game loosely based on Dyatlov Pass incident, or rather the incident inspired the creators to make the game since the story had little to do with the true events or locations. We start on the small train station and wonder into the Ural Mountains near the Kholat Syakhl mountain (Dead Mountain), the place were the victims were found. During winter storm and endless night we walk through the labyrinth of narrow passes and deadly chasms. Near the tent that belonged to the students we find the journal with several pages missing and during our journey we try to find those pages and find what happened on Dyatlov Pass.

The concept of the game is quite similar to other Polish game, the Vanishing of Ethan Carter, and in both cases the creators made spectacular effort on the setting of the story - amazing atmosphere, stylish soundtrack, the poignant feeling of loneliness in the mysterious place that we travel through. Unfortunately another similarity of those two is weak storyline and short gameplay (about 3 hours). Kholat seems like walking simulator, but with one important difference - on rare occasions you can die (not only by falling into one of the chasms) and there is no straight story behind the gameplay. Yes, there is no straight story behind the gameplay, but in a way it is a good thing - all through the game we are suspended between reality, dreams, nightmares, inner voices or memories and sometimes it is hard to be sure what is real and what is not. Armed only with flashlight and a map we discover the rough, cold area that hides some mysteries behind every corner.

Those are the strong points of the game - the graphics are awesome, the soundtrack builds great atmosphere, some places in the area are pretty scary, while others are simply beautiful, the ambiguous storyline is just a cherry on the top of it all. But, of course, there are also some weak points - the movement around the place is often limited, there is no option to jump (also sometimes running takes care of it), most of the time the area is completely empty (there are only few places, where you are in danger), the game do not detect some events (you can travel twice to the same spot and on both occasions the tree will break down under your feet). And of course, the ending. Every mystery is great until it is a mystery, when you solve it often it loses all of its attraction. In Kholat we are more or less left with more questions than answers at the end of the journey (which is also part of the atmosphere), but what is worst the game has almost nothing to do with the Dyatlov Pass incident, which is a shame since it was built on the mystery of that true event.

Overall a beautiful game with wonderful atmosphere of mystery and being lost in the mountains, but it’s a shame that creators did not spoiled us with some more solid story. 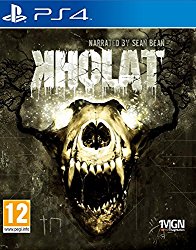 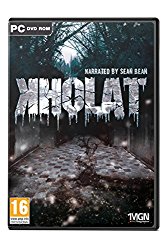