Eight men sit in a diner somewhere in Los Angeles and plan the diamond heist. Two of them are organizers, the other six will take active part in the action. For protection they use aliases (like Mr. Blue, Mr. Brown, Mr. Orange) and after breakfast they leave. Next thing we see is speeding car inside which White tries to comfort Orange, who has been badly shot and bleeds heavily. They arrive to the warehouse that was chosen as meeting point and are the only one there. Orange is convinced that he is gonna die, but when Pink arrives he is convinced that they were set up and police were simply waiting for them. They are sure that Brown was killed and Blue is probably dead too. Pink reveals that he took the diamonds and have hidden them, Mr. Blonde arrives and tells them that he shot his way through the police and brought back with him one police officer. Blonde is also convinced that there had to be a traitor among them.

First feature film from Quentin Tarantino, and to be honest his only one that is worth to mention, Reservoir Dogs has all the elements typical for his production - buckets of blood, senseless violence, a lot of guns and plenty of not very inspired dialogues. But this movie is different from his other movies, because there is an element of mystery about it and with each new substory we see the new aspect of the events (a gimmick he later repeated in Kill Bill) and for some time we simply can’t figure out what went wrong with the heist. Of course Reservoir Dogs isn’t a particularly outstanding mystery movie, but it is from the top half of the genre. 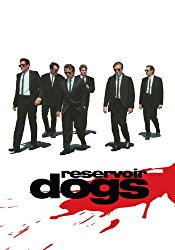 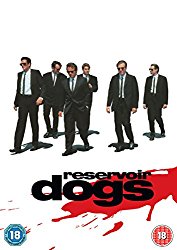 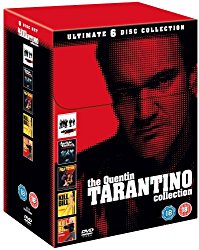 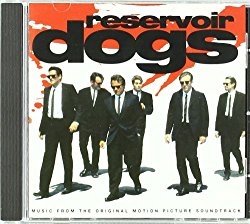