Two men wake up in what looks like dirty and deserted baths, they both are chained to pipes on opposite sides of the room. Dead body lies between them with headwound and gun in the hand. At first they can’t recall how they got here or why, but soon they find that the room is under surveilance from serial killer known as Jigsaw, who enjoys forcing people to go to extreme measures to save their own lives.

Mystery movie that was instant success and started the list of sequels. Intense atmosphere and complexed plot made this a classic. Pity the cretors went on and created so many so poor quality sequels that were far, far from the level of the original. 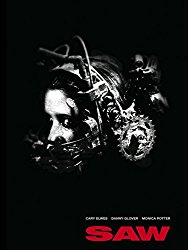 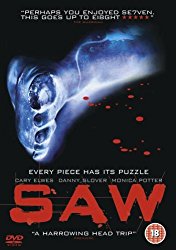 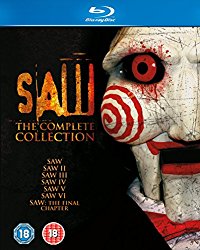