Writer Mort Rainey suffers a breakdown when he discovers that his wife has an affair. To get away from his problems he moves to a secluded cabin in small town, where he hopes to regain the peace of mind, but strange man called John Shooter visits him and accuses him of plagiarism. He leaves Mort his manuscript called "Sowing Season" and later Rainey discovers that the book is almost identical with his own novel "Secret Window". Shooter again confronts Rainey next day, Rainey tries to explain that his story was published years before Shooter have written his "Sowing Season". Shooter gives Mort 3 days to prove it. Later there is a message on the door of the cabin that reads "You have 3 days. I’m not joking. No police." and Rainey finds his dog killed. He reports it to a local sheriff, drives to his house in New York to get a copy of the book and contacts private detective hoping he would be able to help him. Later Mort is again confronted by Shooter and gets the message that his house in New York has burned down. He begins to suspect who is behind it all when he finds that his wife’s lover is from place called Shooter’s Bay...

Mystery movie, based on Stephen King novel, in which the story is placed on the verge of reality and imagination, suspicions and insanity. Interesting build up unfortunately fails to deliver and the whole story is far too similiar to other King’s novels, like f.e. The Shining. Despite interesting cast and good premise it is only average movie. 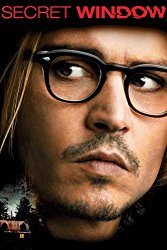 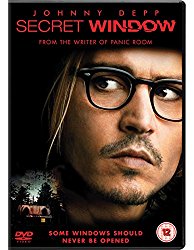