In 1931, just before the New Year, in a house of architect Henryk Zaremba scream rips the night. The daughter of Zaremba is found killed in her bedroom, obviously killed with a pickaxe. The police arrives and starts the investigation. Rita Gorgonova, the governess of the girl and also lover of Zaremba becomes the main suspect.

Film based on real events - investigation and court trials of the most famous pre-war Polish murder case. Despite being historically accurate the movie is both involving and entertaining since the case was simple on the surface, but very complicated in details. 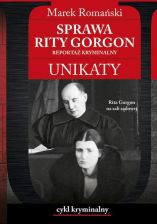 Creators of The Gorgon Case


Cast of The Gorgon Case