Residents of small town in New Mexico are found dead after the satellite have crashed nearby. Special group of scientists is setup to meet in the secluded biological laboratory to find out what was the reason of the tragedy. Everything changes when they found two residents still alive - small baby and a heavy drinking man. Both are moved to laboratory, where scientists have to find the cosmic virus that attacked them, but spare the two.

Tensed science fiction movie about what may happen if the alien virus would be dropped to Earth. Interesting script, good cast and intriguing ending. 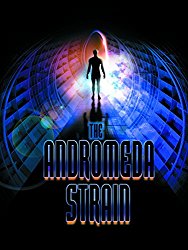 Creators of The Andromeda Strain


Cast of The Andromeda Strain