Xu Ruining, a therapist and an expert in hypnotherapy, is asked by his mentor Professor Fang, to meet a patient of her, young woman named Ren Xiaoyan. Xu is reluctant to take up the case, but agrees when hears that this could be quite interesting patient for him. Many other therapists tried to help Ren, but without results - she claims to have psychic powers, she is convinced she see people that do not exist and she has some strange visions. So far she did not respond to normal treatment, that’s why Professor Fang would like Xu to use hypnotherapy. Ren arrives to his practice late in the evening, from the beginning acts strangely and seems to be indifferent to being cured. Xu listens to her stories how she discovered her abilities, but keeps finding logical explanations to all her stories. Nevertheless he hypnotizes Ren and by scenes from her past he sees the feeling of being rejected by her parents, the adoption by Hong Kong couple and many repressed feelings, like her engagement to fellow orphan Lu Yusong. Everything he learns about Ren begins to put together quite clear image of her mind, but with each step Xu gets the strange feeling he is not in complete control over the session. It seems that Ren somehow influences him even when being under hypnosis.

Chinese film written and directed by Leste Chen, begins as psychological drama with therapy session during which the roles of doctor and patient begin to mix up, but after a while it becomes a mystery movie with atmospheric visual side and involving plot. We see the struggle of hypnotherapist to keep the control over the session, but at the same time we have to figure out if what we see is real or is it part of the Ren’s subconscious mind. Well directed and acted, with only one small flaw - the ending is presented too straight-forward and makes the whole story lose the atmosphere. But apart from that a good mystery movie. 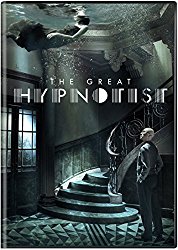 Creators of The Great Hypnotist


Cast of The Great Hypnotist