Journalist Blair Maynard takes his son on a vacation trip to Florida hoping that at the same time he could gather some informations about ships that went missing without explanation in what is known as Bermuda Triangle. When they reach the small island they go for a fishing trip and are attacked by unknown people. Mayndard kills one of them and is knocked down unconscious. When he wakes up he is surrounded by pirates, but nothing is as simple as it looks.

Film based on a Peter Benchley novel shows an interesting explanation to Bermuda Triangle phenomenon - pirates operating from some uncharted Caribbean island. Although the plot had potential to be quite interesting the movie is not very impressive with very slow pace and average realism. 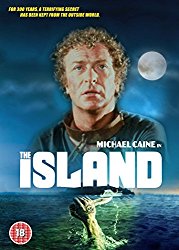 Creators of The Island


Cast of The Island