In 14th century Northern Italy Franciscan friar William of Baskerville and his novice arrive to a Benedictine abbey where theological Church conference will soon take place. Mysterious death of one of the monks, ruled as suicide, triggers the curiosity of William of Baskerville, who is convinced that it definately wasn’t a suicice. The Abbot is determined to stop any rumours surrounding the death affraid that it would make bad impression the church officials who will soon arrive for the conference, so he pushes William of Baskerville to solve the case as soon as possible. But second mysterious death puts an end to his hopes.

Classic mystery movie based on Umberto Eco with remarkable cast, dark atmosphere and really involving plot. The murder mystery set in the closed world on monks in the Middle Ages puts completely different perspective to this movie genre.

Watch The Name of the Rose 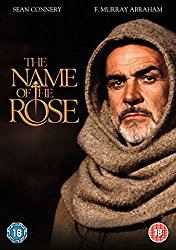 Creators of The Name of the Rose


Cast of The Name of the Rose