On the night of famous Phoenix Lights, when many people have reported seeing a formation of light hovering for a long time over Phoenix, Arizona, police received many calls about the lights, but also about missing persons. Over 200 people were reported missing after that night, among them 4 young men - Glenn Lauder, Mitch Adams, Ryan Stone and Jacob Reynolds - who were last seen offroading in Estrella Mountain Regional Park near Phoenix. One man, Walt Gayson, was arrested in that case, suspected of being involved in the ritual death of the missing men. When their remains were found months later it was impossible to determine the cause of death - there were no soft tissues to be examined, so the police closed the case assuming they were killed by some wild animals. But the video material found next to the bodies tells completely different story - the moment they have arrived to Estrella Mountain they noticed unusual military activity in the area with planes and helicopters flying above their heads. Former high rank airforce officer is interviewed by the documentary crew and presents events that are linked to the missing case. Days before the Phoenix Lights incident strange V-shape object was spotted next to a comet passing the Earth and the scientists were tracking the movements of that object until it reached Phoenix...

Film tells story of two real-life events that took place on the same night - famous Phoenix Lights observed by many people and the disappearance of four young men in the Estrella Mountain Regional Park (although there are different versions of the date of disappearance, so they did not necessarily happened on the same night). The coincidence of that two events is a good build-up for the movie plot, but unfortunately the creators went into the most overused gimmick since the success of Blair Witch Project - the tapes from the incident where found and they are published for the first time. A horrible, horrible idea. To make things worse they also introduced the military conspiracy motive from very beginning, so the final effect is a pulp fiction based on real events. 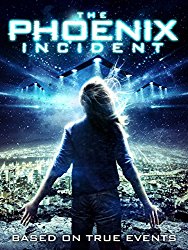 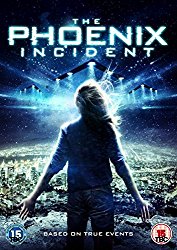 Creators of The Phoenix Incident


Cast of The Phoenix Incident