Eccentric millionaire Thomas Crown, bored with his life is looking for the way to enjoy himself. When he visits the museum group of foreigners try to steal one of the paintings and Crown has small contrubution in their failure. Nevertheless one of the paintings is stolen and the museum canâ€™t explain it. Thomas Crown offers one of many paintings in his collection to be displayed in place of the stolen one. The insurance investigator begins to suspect Thomas Crown himself of stealing the painting and begins her far from legal investigation. When it fails she begins a mindgame with Thomas Crown trying to catch him on some detail that would prove his involvement in the robbery. But Crown has some mindgames of his own...

The remake of 1968 movie, but with interesting twists added to the original script. Again we have a bored rich businessman looking for some thrill in his life played brilliantly by Pierce Brosnan, but this time the plot is more complexed and more interesting. The choice of Rene Russo to play the investigator was questionable, but she did not spoiled the movie. Overall one of the very few examples where the remake is far better than the original. 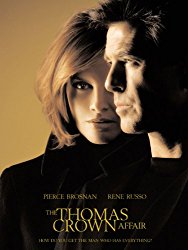 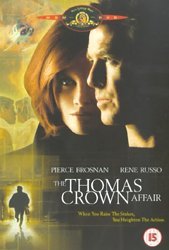 Creators of The Thomas Crown Affair


Cast of The Thomas Crown Affair