Sergeant Howie is sent to secluded Scottish island to investigate the case of missing teenage girl named Rowan Morrison. After arrival to the place where girl lived he finds the locals to act suspicious - they are not very keen to cooperate and they claim that Rowan never really existed. But Howie, determined to find the truth behind it all, finally finds the proof that the girl was living on the island and also that the islanders practise some sort of pagan Celtic cult.

Classic mystery movie that starts with rather simple story of missing teenager, but turns into rollercoaster on the verge of fantasy and reality. Great mystery movie - definately not to be missed! 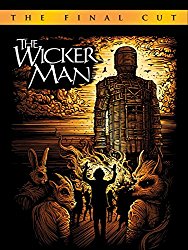 Creators of The Wicker Man


Cast of The Wicker Man