After losing his job American college lecturer Tom Ricks flies to Paris, where he hopes to see his daughter that left the United States with her mother. While traveling from the airport he is robbed, his ex-wife doesn’t want him anywhere near their daugther and he is stuck penniless in a foreign city without any way of earning money. He finds a place to sleep in a shabby little hotel, where the owner offers his a job - all he has to do is remotely open the door if someone says the right password. Second part of his job is not to know what is behind that door. The job gives Ricks a time to read, he also befriends the attractive waiter from the hotel, but soon learns that she is the wife of the hotel owner. On a party he meets a mysterious widow Margit and soon he becomes a suspect in a murder case.

The mystery movie that has all the right ingredients - good cast, interesting prelude, dark atmosphere and mysterious woman... But unfortunately the final effect is a huge letdown - the dark atmosphere is not fully utilized, the cast has not much to act and the plot leads more or less nowhere. Shame.

Watch The Woman in the Fifth 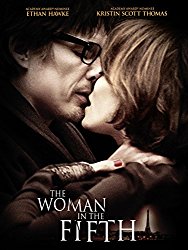 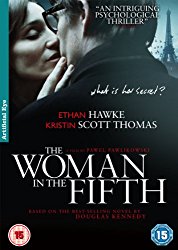 Creators of The Woman in the Fifth


Cast of The Woman in the Fifth