Four Muslims pray in their hotel rooms soon before heading towards Newark airport. They are among the passengers that will board the United flight 93 to San Francisco on September 11, 2001. The plane takes off 40 minutes late, but passengers don’t realize that the delay isn’t the worst part of that flight. Meanwhile on the ground newly appointed FAA National Operation Manager Ben Sliney receives disturbing news that one of the flights, American 11 from Boston to Los Angeles, seems to changed the route without reason and it seems that the plane might have been hijacked. After the plane crashes into North Tower of World Trade Center Sliney realizes it wasn’t an accident. Soon informations about further planes are reaching the coordination center and it is obvious the problem is much bigger than they expected. Meanwhile aboard United 93 the four Muslims reveal their true intentions and take over the plane. Passengers, kept as hostages, learn about fate of other planes hijacked on that day and try to figure out
what to do.

Documentary-like movie presenting what happened (or what is believed to have happened) on board of United 93 on September 11, 2001. United 93 was the plane that did not reach its target and up to this day it is unsure what was the target of terrorists. Also there are theories that contradict some of the elements presented in the movie (f.e.
surprisingly small number of debris), although it’s hard to find evidence to support them. Overall it is interesting look into what might have happened on board of hijacked plane. 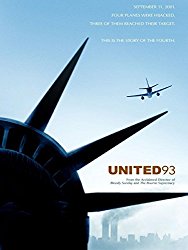 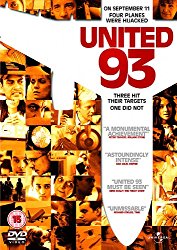