British Treasury agent Phillip Calvert is called to the headquarters and given the task of solving the mystery of several ships being kidnapped somewhere on the Irish Sea. The case is unusual, because the kidnapped ships were transporting, among other cargos, the government gold. The crews are held hostage for some time and later released, but the ships and their cargo were never recovered. Calvert starts the investigation by placing a couple of agents on one of the ships and tracing their signal to at least find where the ships are taken after being attacked. He finds the ship anchored on the coast of Scotland, but both agents aboard are dead. Calvert, pretending to be a marine biologist, tries to infiltrate the local fishermen and sailors communities, but they are reluctant to cooperate. When he is attacked by few of the locals and later people claiming to be from customs destroy radio on his boat he knows he is on the right track. Owner of luxury yacht anchored nearby asks him for a drink...

Film based on a thriller by Alistair MacLean has quite interesting prelude and rather impressive cast, but the plot soon moves from mystery movie to typical thriller, which actually didn’t work at all. The director was hoping to start a series of movies that would compete with James Bond films, but When Eight Bells Toll failed to gather enough audience to make it happen. Overall it is decent thriller, as usual MacLean managed to come up with interesting intrigue, but the movie lacked something that would keep the viewers involved from the beginning until the end. 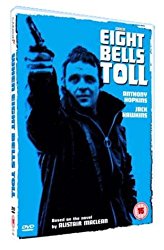 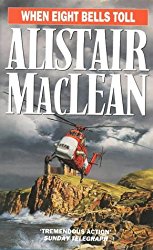 Creators of When Eight Bells Toll


Cast of When Eight Bells Toll