Expedition from England arrives to a Roanoke Colony, where 3 years earlier group of colonists was left. The colony seems deserted, there are only two signs of the previous inhabitants - skeleton of dead man and words carved in one of the houses. The new colonists start to settle down, when strange things begin to happen in the forest around the fort.

Film shows the paranormal explanation to a lost colony of Roanoke, which was interesting idea, but the movie was done like a cheap B or C class horror flick which ruined the promising project. 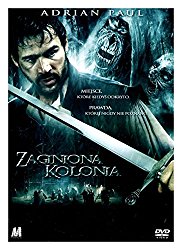 Creators of Wraiths of Roanoke


Cast of Wraiths of Roanoke