Average house at the end of the road in Amityville proved to be a crime scene, where whole DeFeo family was killed. Years later the new inhabitants of the house had to ask for help from exorcist.

On November 13, 1974, 23-year-old Ronald DeFeo Jr entered Henry’s Bar in Amityville, Long Island, New York and declared: "You got to help me! I think my mother and father are shot!" DeFeo and a small group of people went to 112 Ocean Avenue and found that DeFeovs parents were indeed dead. Police, ...

In December 1975 the Lutz family moved in to 112 Ocean Avenue and in next month they experienced several strange phenomena in the house that would later lead to writing the book "The Amityville Horror" and creating several films based on that story. Before buying the house the Lutz family was inf...

The events that took place in the 112 Ocean Avenue in Amityville were used as a base for the book "The Amityville Horror: A True Story" by Jay Anson in 1977. Since the book was promoted based on popularity of movie "The Exorcist" that was very popular at the time the doubts aroused around the whole ...

Also, Ronald DeFeo had a really bad relationship with his father, so that's why he wanted to kill him, but no one knows his motive for killing the rest of his family.
Ronald DeFeo Expert (30-10-2017 20:05:48) 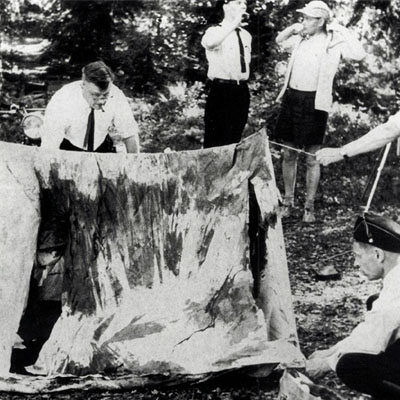