New day for Tandons, wealthy family of doctors, begins with visit of cleaning lady, who can’t get in since the doors are locked. Nutan and her husband Ramesh are woken up by her. Nunat doesn’t seem to be able to find the servant Khempal to deal with it, so she throws the spare key out of the balcony. Soon after the doctors find their 14-year-old daughter Shruti dead in her bed with her throat cut and lots of blood. Local policemen under command of Inspector Dhaniram arrive to the crime scene and since the servant is missing they assume he is responsible for death of Shruti and do not check any other leads. They order arrest of Khempal and rush to the train station where they are certain to find him. Meanwhile body of servant is found on the terrace upstairs, behind locked door. Kanhaiya, one of the people who work at Tandon’s medical practice, suggests to the police that Ramesh might have had an affair with female co-worker, so soon later the investigation turns against the parents assuming they have killed their daughter.

Central Department of Investigation takes over the case from local police and veteran detective Ashwin Kumar is assigned to run it. He is shocked by incompetence of the original investigation team, who lost some evidence and built up a theory based purely on gossip and imagination. First of all he spots empty alcohol bottles in room of Khempal, the dead servant. Next he checks one of the theories of local policemen that was behind their decision to arrest the parents - howcome they did not woke up in the night while their daughter was being killed in next room? The Tandons explained that air conditioner in their room works so noisy they could not hear was was going on outside their door. Kumar confirms their version and more or less crosses them out of the list of suspects, but he has no more leads...

True crime movie based on Noida double murder, a controversial case from 2008. The authors have recreated the case and the following police investigations showing how complicated the case was and how different views on same evidence can swing the whole judgement even of experienced policemen. A powerful movie that is similar to other true crime movies (like Zodiac, Jack the Ripper, Memories of Murder or The Gorgon Case), where matter of proving guilt and finding the evidence is very hard to achieve. Brilliant movie kept down-to-earth and at the same time keeping the viewer in suspense the whole time. 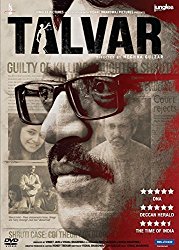 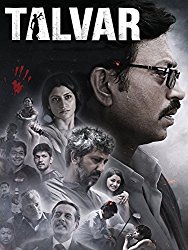