On the Jeziorak Lake in Mazury lake district young woman is found dead on the boat. She was strangled and placed on the boat that was left in the middle of the lake. Detective Iza Deren is put in charge of the investigation, even though she has other things on her mind - two policemen from her precinct have disappeared without trace, one of them being her fiancee, and to make things worse she is pregnant with twins. While searching the woods police stumbles upon moonshiner shack, a man in the hood shots one of the cops and flees. Soon the dead girl is identified as prostitute from former Soviet Union. Deren checks the nearby guesthouses and harbor, where she meets a harbor keeper, who seems suspiciously jumpy. She takes him down to the police station, but expensive lawyer comes up to represent him. He was hired by the harbor owner, Baczak, local rich businessman. Meanwhile the bodies of two missing policemen are found - it seems that they had accident and both died when their car ended up in the lake. Deren is shocked, when the investigation in case of her fiancee is taken over by the outside investigator. The reason - both of the dead policemen left their cell phones at the station before they set out for the trip, which suggests they did not want anyone to be able to trace their route. Deren begins to suspect their death and the death of the prostitute are connected.

Surprisingly well developed Polish mystery movie, especially since this is first feature film from Michal Otlowski, about police woman tangled in the murder investigation while her fiancee is suddenly gone missing. Set in sleepy and somehow gloomy surroundings of small town near the lake it offers complex plot, grim atmosphere and unpredictible characters. Inspired by the Scandinavian 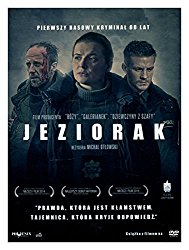