Johnny Worricker is a high level MI5 officer. His superior, and also his friend, Director General Benedict Baron, organizes a meeting with Home Secretary Anthea Catcheside to discuss a report that could be published soon. In that report, on page eight, there is a suggestion that Prime Minister Alec Beasley had previous knowledge about the US secret overseas prisons, where the terrorist suspects where kept and often tortured. If the information was made public it would mean the huge political scandal and the end of career for Beasley. Worricker notices the his new neighbour Nancy Pierpan, shows a lot of interest in his work and begins to wonder if she is who she says she is. Few days later Baron dies of heart attack in his home, before the report could be made public, and Prime Minister uses his influence to stop the publishing. Worricker feels he needs to act, even if that would mean putting himself in danger.

Spy drama set in modern time British intelligence, made not in James Bond style, but rather the classic Harry Palmer films - kept down to earth and without spectacular car chases or explosions. However Harry Palmer movies had mystery in them, had tensed atmosphere, surprising elements, Page Eight has... none of the above. It is not very interesting plot told in not very interesting way with very limited potential. Surprisingly the creator David Hare managed to convince BBC to make two more Johnny Worricker movies, both with similiar effect - premise based on MI5 that leads to nowhere. 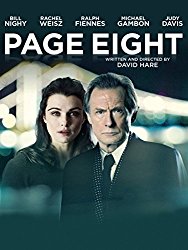 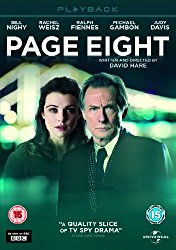 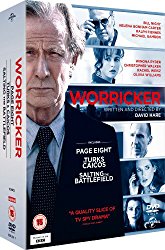