Symbologist Robert Langdon, expert on symbols, tries to help French police with mysterious death of Louvre curator Jacques Sauniere. Soon Langdon discovers that the cooperation with police isn’t gonna be was he was expecting and he is actually dragged into complex intrigue involving religious mysteries.

The Da Vinci Code was massive success and despite some historical inaccuracies it is very entertaining book. 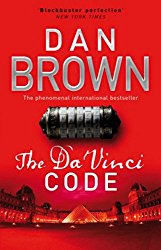 Creators of The Da Vinci Code


Cast of The Da Vinci Code