In summer 1986, somewhere in the rural Germany young girl named Pia drives a bicycle through the field of wheat. She is followed by a red car with two men inside and when she is far from the main roads driver knocks her off the bike. He drags her into the wheat, rapes and kills her while the passenger just watches. The driver put the girl’s body in the trunk and leaves the bicycle in the middle of the field. The men go separate ways and later the body of the girl is found in the lake. Years go by, in year 2009 another young girl, Sinikka Weghamm, goes missing in the area. Police officer Krischan Mittich, who was in charge of Pia’s investigation, is now retired, but feels the two cases are linked. He tries to help the detectives, but officer Matthias Grimmer, in charge of the current investigation, doesn’t want him to get involved. Mittich, still feeling guity for not solving the Pia case, starts the private investigation to find the murderer.

German crime mystery movie based on novel by Jan Costin Wagner shows two sides of a story that started in 1980s, led to the murder of Pia and later Sinikka. Although the murder and police investigation is the main thread of the story it is not a typical crime movie. Just like British miniseries Five Days or The Fall it concentrates more on the psychological side of the crime, how it influences people involed - not only killer and victim, but also their families. A crude story, but at the same time very powerful. 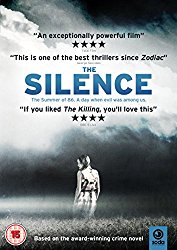 Creators of The Silence


Cast of The Silence